Clinical Hygiene as a Mindful Practice
The Hara, the Source of Life and the Navel, the Gate of the Spirit
Acupuncture Colleges Appeal Gainful Employment Regulations
Acupuncture and the Sham Control
Balancing Mind and Body in Your Busy Day
Tonification for Your New Practice: An Interview with SWAC Alumna Elyse Rohrer Budiash
Want to Learn More About Herbs?
2016 Recipient of The Bind Each Other's Wounds Scholarship
Self-Care for Solace Staff
Boulder Clinic Charity: Acupuncture for Veterans & Their Families
END_OF_DOCUMENT_TOKEN_TO_BE_REPLACED 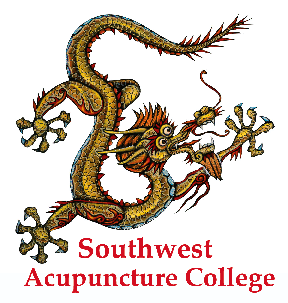 Southwest Acupuncture College takes pride in the quality of education that it has provided to its students, the treatments it has offered to its patients, and the prestige that it has brought to the profession of the acupuncture and Oriental medicine for the last thirty-seven years. While the College recognizes the importance of ensuring that students are able to make informed choices about the cost of their education related to their projected income, the new Gainful Employment Regulations (GE) are an invalid measure of graduates’ earnings.  They do not take into account the reality of establishing an acupuncture practice, students’ choices after graduation, or the significance of student loan repayment data in determining gainful employment.

The majority of acupuncture graduates are self-employed. As such, they have significant expenses in setting up a practice. These may consume a large portion of their earnings in the early years resulting in lower initial net earnings and a larger percentage of their earnings used repaying their college loans than later in their careers. The GE regulations measure reported earnings within eighteen to thirty-six to months of graduation, which is before many graduates have established thriving practices. With personalized financial aid guidance and individual loan repayment plans provided by the College, students often take on debt to finance tuition with the recognition that, while the percentage of their post-graduation earnings required to pay their loans might be over 12% for the initial years, most achieve financial success several years into private practice.

In addition to the initial expense of self-employment, many graduates practice acupuncture part-time in addition to caring for children or elderly relatives or while pursuing a less lucrative career or hobby. In fact, many choose to practice acupuncture precisely because it is a career where one can be successful and independent while attending to life’s other demands.

The U.S. Department of Education states that the national average student loan default rate is 11.8%. New Mexico has the highest national default rate at 20.8%. Southwest Acupuncture College has historically maintained low default rates. The most recent three-year cohort rate was 2.2% and previous three-year cohort default rate was 0%. In the twenty-seven years of participating in the Title IV Financial Aid Program, the highest default rate the College ever had was 8.2% and only for one year. These low rates are comparable to or lower than the rates of major public and private universities. They also reflect an accurate indication of gainful employment as well as graduate satisfaction with their education.

The Department of Education allows schools to file appeals. Southwest Acupuncture College, in concert with fifteen other acupuncture colleges, is appealing the Department of Education’s findings and will file a lawsuit in federal court in the very near future to obtain a court order to block enforcement of these regulations. Congressman Lee Zeldin (NY) notes that the Obama Administration promulgated the GE regulations without properly defining what is "gainful employment in a recognized occupation" and without the statutory authority to appropriately regulate how this definition relates to the success and eligibility of the program the student completed. Along with other representatives, Congressman Zeldin will present a co-signed letter to the new administration close to inauguration day to immediately delay both the enforcement of the GE regulations and the implementation of the required institutional disclosures to enrolled and prospective students until both new administration and Congress have had time to review them. Representative Zeldin makes it clear that there is precedent for taking these actions.

In the meantime, Southwest Acupuncture College is committed to maintaining academic excellence for its students, quality care for its patients, and continued opportunities for its graduates. The College will keep its community members informed about the progress of these actions and any regulatory changes.