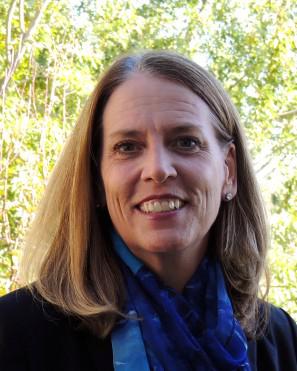 Heather Lang, Campus Director
Originally from Ontario, Canada, Heather started working at SWAC in 2008.  She loves meeting the students for the first time and walking with them through their education at SWAC.  She is passionate about the medicine and excited to make each students’ experience at SWAC the best possible.  She is also passionate about golf and family time. 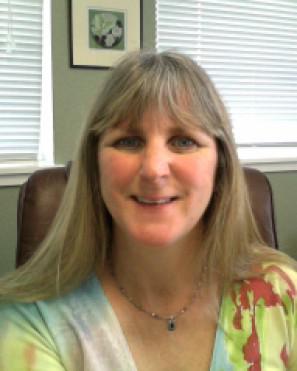 Joanne Neville, LAc., MSOM, Clinic Director
Joanne originally hails from the east coast, mainly New York and New Jersey, coming to Boulder for the first time in the early 80s and knowing it was home. She is a SWAC alumni, graduating from the Boulder campus in 2002. Since graduating she has been in private practice and has come through the ranks at SWAC, first as a TA, then teaching and supervising clinics and has been the Clinic Director since August 2007. She is on campus to help with any clinical questions and keeps things running smoothly in clinic. In her off time she loves to participate in Yoga Fit & Jazzercise classes, hiking and riding her motorcycle in the fabulous Colorado sunshine. 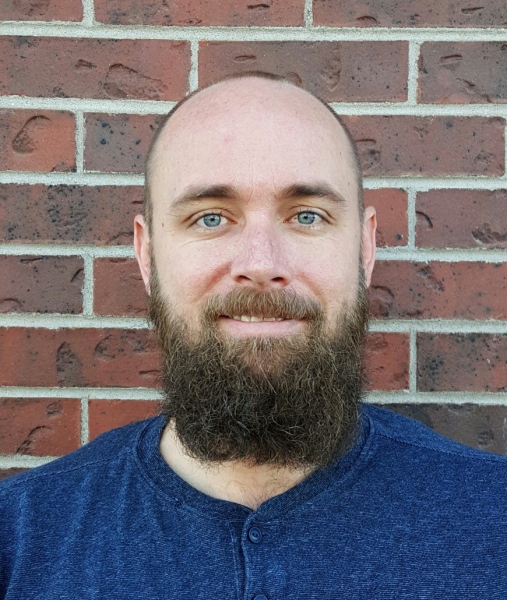 Nate Mohler, D.A.C.M., LAc., Academic Dean
Dr. Nate Mohler is the Academic Dean of Southwest Acupuncture College, Boulder Campus where he also teaches in the classroom. He graduated with his Masters in Oriental Medicine from East-West College of Natural Medicine in 2003 and practiced in the State of Florida until 2011, when he moved to Colorado. In 2018 he received his Doctorate in Acupuncture and Chinese Medicine from the American College of Traditional Chinese Medicine in San Francisco. Additionally, he manages Shuhari Health Works his Chinese medicine practice and medicine making business. Nate specializes in the treatment of headache and migraine utilizing acupuncture and herbal medicine. Since 2013, he has lectured on plant medicine both in classroom workshops and in the field on the topics of medicine making, phytochemistry, medicinal plant identification, and sustainable wild crafting. In 2016, he completed his first book, A Medicinal Plant Field Guide: Lower Front Range and Colorado High Plains. In addition to plant medicine and acupuncture, he has studied martial arts since the age of thirteen and holds a Roku Dan (6th Degree) black belt and title of Shihan in Shuri-Ryu Karate-Do. He is also the head instructor for the Shuri-Te Bujutsu-Kai Taijiquan program.

Rhonda Cooper, Assistant Campus Director & Recruitment
Rhonda began working at SWAC in 2014. After being a stay at home mom for seven years, she decided it was time to learn how to talk to adults again.  The second she walked through the doors, she knew this was the place she was suppose to be.  After working in the clinic for a year, Rhonda expanded her role to include recruitment, and then went on to become the Administrative Director.  Over the years, her roles have changed at SWAC, but the love for the school, passion for the students, and the her pride in providing excellent customer service have never wavered. In her free time, Rhonda enjoys playing with her little people, hiking, and dark chocolate. 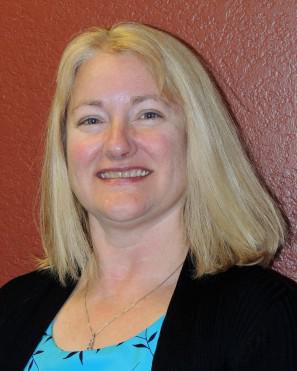 Cindy Bedell, Disability Coordinator
Cindy has been enjoying the sunshine and outdoor activities of Colorado since moving here from Ohio after graduate school. She has worked at SWAC since November of 2013. Cindy has previously worked as a community mental health counselor, vocational rehabilitation counselor, and Disability Coordinator at the University of Colorado at Boulder. She recently completed a certificate in teaching English as a Second Language and tutors  English. 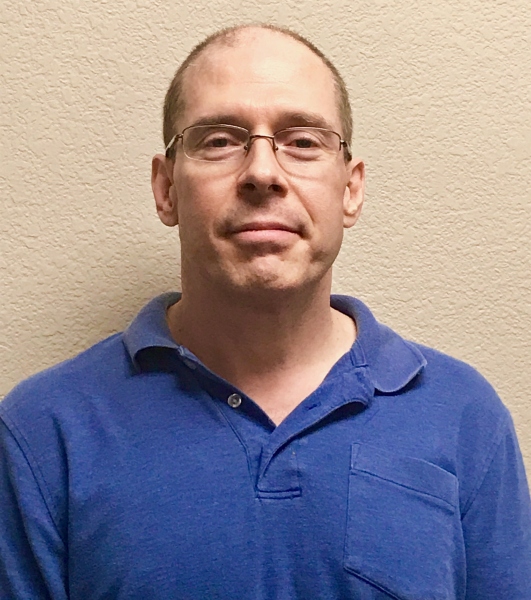 Steve Milberger, MLS, Campus Librarian
Steve Milberger graduated from Emporia State University in Kansas with a Master's Degree in Library Science in December of 1992. Most recently, Steve honed his library skills at the Mamie Doud Eisenhower Public Library from 2008 to 2017. While at MDE Public Library Steve became involved with the makerspace movement and researched, designed and taught classes in: basic and advanced soldering, model rocketry, Arduino, Raspberry Pi, Linux/open-source software and digital audio recording. Steve's hobbies include watching and collecting movies, music, all things involving the electric guitar, building electronics and building and upgrading PCs. Steve has had a life-long fascination with Asian culture and has studied Goju-ryu karate, taijiquan, baguazhang and xing-yi. 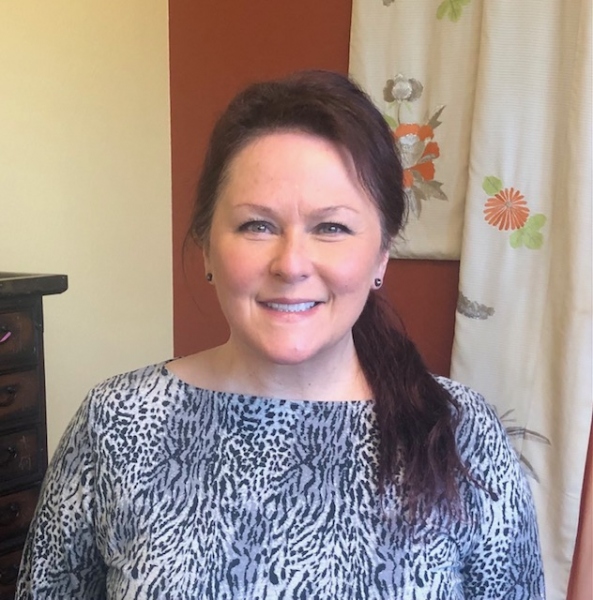 Kelley Chambers, Clinic Receptionist
Kelley was born and raised in East Tennessee, but in 2020 she and her husband decided to follow their son to Colorado, where he is attending CU Boulder.  In her free time, she and her family like to hike and ride their bikes. She received her nursing degree from Tennessee College of Applied Technology and worked for many years as an Endocrinology nurse and as a Hospice nurse. After being at stay at home mom for several years, she decided to get back into the work force and is excited to be part of the Southwest Acupuncture College team.

Susan Chaney, PhD., Academic Dean
Originally from Montana, Susan has cultivated the interest in cultural expression into a life long passion of learning. After living in Tennessee, Georgia, Washington, California, and Arizona, she has found Santa Fe to be a place to call home. Her Bachelor’s degree is in Psychology and Spirituality, and was later followed by a doctoral degree in Depth Psychology and Mythology, which allowed an exploration into the individual stories we choose to live by. She began working at Southwest Acupuncture College in 2015 and enjoys hearing the goals and triumphs of each student. In her free time you will find her in her garden, reading, or engaging in the active imagination with her son. Pamela Barrett, B.Us., D.O.M., Dipl. O.M., Clinic Director
Pamela received her Bachelors Degree in 1992 from the University of New Mexico in Harp performance and Social Psychology. She graduated from Southwest Acupuncture College in 2009 with a Masters in Oriental Medicine, then completed an internship through Heilongjiang University of Chinese Medicine at the Harbin Traditional Medicine Hospital (2009). She is nationally certified with the NCCAOM. Since 2009,  she has practiced with her mentor specializing in making and using Chinese herbal remedies. After training with Acupuncturists Without Borders in 2013, she volunteered with the Military Stress Relief Project, a weekly community style acupuncture clinic for veterans, active duty personnel, and their families. She is National Acupuncture Detox Association (NADA) certified and is a NM state recognized Acupuncture Detoxification Specialist supervisor. Pamela currently resides in Albuquerque and enjoys her garden and pet bird. She is the Santa Fe Campus Clinic Director. 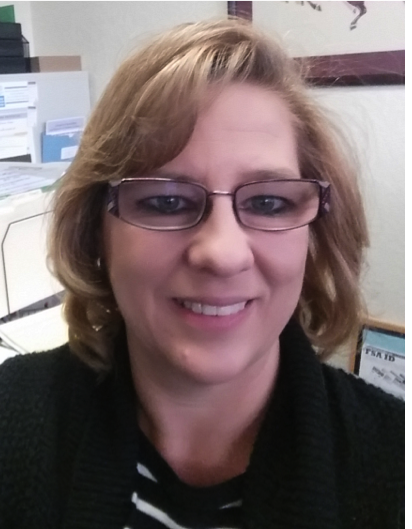 Angela Anaya, Financial Aid Director
Originally from Texas, Angela started working at SWAC in 2008, she moved to Albuquerque in 2003 after living on Phoenix, AZ for 3 1/2 years. She enjoys assisting prospective and current students to understand and apply for Financial Aid so that they can achieve their goal of pursuing a life in Oriental Medicine. Angela enjoys hiking and hanging with friends around Albuquerque and Santa Fe. 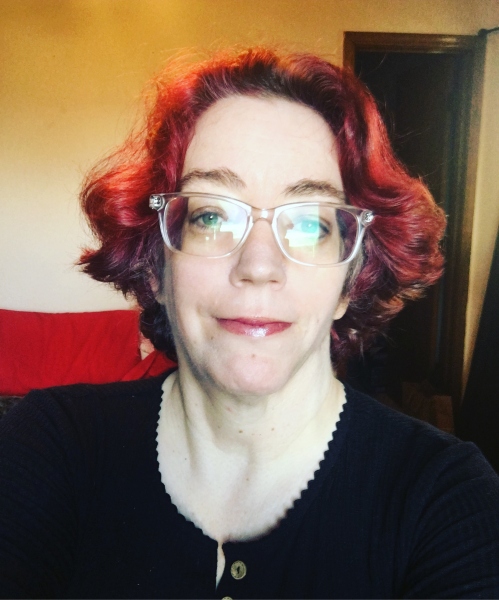 Sophia Marie Bungay,  Admissions & Alumni Director
Originally from Los Angeles, Sophia cultivated her creative talent into her passion for film and media. She received her Professional Certificate in Media and Film from Santa Fe University of Art and Design in 2015 and is developing many media projects through her own production company. Sophia truly enjoys engaging with prospective students as they make life changing decisions on their education, and staying connected with Alumni on their career paths.

Elizabeth Martinez, Chief Librarian  Born and raised in Southern California, Elizabeth has many firsts in her life being Chicano/Native and first AFS exchange student (New Zealand), first director of Los Angeles Public Library, first Executive Director of the American Library Association. Three years ago, she returned from Monterey County to live here again.  She was appointed by the Governor to the NM State Library Commission, and is the new president of the State Library of NM Foundation. She has a son (psychology) and daughter (film FX). Her children were raised with TCM. Piper King, CFO Piper retired from the CFO position at SWAC in 2014, bought a motor home and went on the road for 3 ½ years. While she was traveling, she worked remotely for the college as the Bookkeeper. In 2018 she sold her motor home, moved back to Santa Fe and returned to the CFO position in March of 2021. Piper takes enjoys bicycling, hiking and kayaking in the beauty of New Mexico. Sandy Szabat, Administrative Assistant  One of the first faces you see at the Santa Fe Campus, Sandy works the reception desk with a smile.  A consummate people person, she enjoys welcoming all who come through the door.  Sandy has lived across the country, from Connecticut to California with a significant stop in Washington D.C. to attend university where she studied communications and Spanish language.  Her work experiences range from radio broadcasting and community-based social work to running a small yoga studio.  She is passionate about the wide open spaces of New Mexico and has lived here for over 20 years.  Gardening, reading, music and hanging out with her two grown children are her joys.  She says, “working in an environment where people are learning and promoting the ancient practices of holistic health is inspiring and educational.”  She is proud to be a member of the SW Acupuncture College staff. 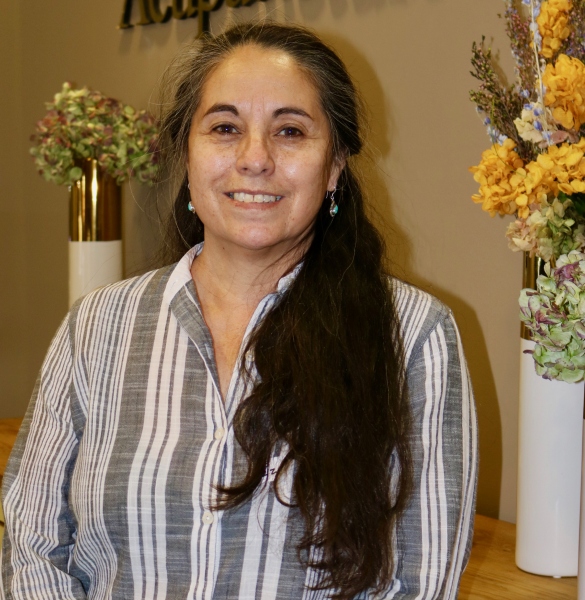 Julie Mares, Clinic Receptionist  Julie is a native New Mexican who returned to New Mexico after Living in Goleta, California where she attended Santa Barbara Business College, completing the Legal Executive Secretarial Program.  She has worked as a legal secretary in Santa Fe for several years.  She attended Santa Fe Community College and received an Associate’s Degree in Paralegal Studies.   She has added experience and knowledge from the medical field while working as an office manager for an internal medicine practice in Santa Fe.  Julie enjoys hiking, being outdoors, language arts, and fiber arts.